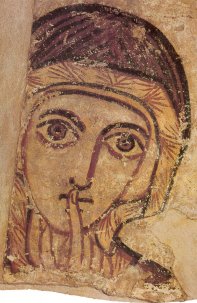 For me that returning necessarily involves intentional silence. What does that look like on a daily basis? Each morning I sit in the same chair, at the same time, for thirty to forty minutes of silence. No talking, no reading, no thinking. I do the best I can to just show up. Some mornings it’s easy and the time flies by. Other mornings it is the hardest thing I do and time seems to stand still.

Throughout the day I try to catch a few minutes of silence here and there as my schedule allows. Most of the time I drive with the radio off. Unless there is really something I want to watch I do not turn on the television.

Three or four times each year I go to Lebh Shomea House of Prayer for extended periods of silence and solitude, a few days to a week, ten days if I am lucky and my schedule allows. Lebh Shomea is in the south Texas desert near Sarita. The community lives in silence. Each guest lives alone in what the desert fathers and mothers would call a cell. It is a small individual dwelling with a bed, a desk, a bathroom, and a prayer room. The community gathers for Eucharist each morning. Meals are eaten together in silence. That’s it. There are no programs, no scheduled activities, no escape from the silence and solitude.

Silence is more than the cessation of talking or the absence of sound. We’ve all experienced times when we were not talking and the world around us was quiet, but the world within us was filled with noise and voices that just would not be quiet. The real work and practice of silence is within us.

True silence is not escape but engagement, not emptiness but fullness, not absence but presence. It is a way of showing up and being present to God, others, myself, life, and the world. Mindful of the psalmists words, “For God alone my soul in silence waits” (62:1, 6), I surround myself with silence in an attempt to fill myself with silence.

Waiting in silence is not necessarily easy or comfortable. The silence strips away busyness, distractions, and entertainment. You are confronted with yourself; your thoughts, voices, temptations, fantasies, all that you are and all that you are not. In this regard the practice of silence becomes an act of repentance, turning around and going in a different direction.

Silence invites me to repent from the need to justify, explain, and defend; from the need to be recognized, heard, and approved of; from the need to be accomplished, efficient, and productive. Silence asks me to learn to gracefully do nothing. It reveals that I am “un-selfsufficient.” That doesn’t mean that I am deficient but that my sufficiency is not found within myself but in God, the one who created me in his own image and likeness.

The corollary to silence as repentance is silence as presence. The practice of silence is an act of self-offering, showing up, and making oneself available to God. Silence creates space and place for God to show up. Silence is the threshold upon which God and I meet, a place of intimacy where two become one. We’ve probably all experienced those moments of intimacy with another in which there is nothing that can or need be said and to say anything would destroy the moment and break the intimacy. Deep interior silence lets us rest in God. Nothing needs to be said. Nothing needs to be done. All is well.

My need for and practice of silence is not, however, just a personal preference or inclination. It is God’s longing for me expressed as my own longing for God. “Deep calls to deep” (Ps. 42:7).

The Christian tradition holds silence as an essential practice for anyone who wants to grow spiritually. Elijah found God in “a sound of sheer silence” (1 Kings 19:12). Jesus, the gospel writers tell us, often went off to be by himself, to lonely and deserted places, to pray (For example, Mark 1:35).

Where is silence in your life? Is there any silence? How might you be more intentional about practicing silence? It’s hard for most of us to find, value, and protect silence. The chorus of legitimate (and illegitimate) voices is real and many. This makes silence all the more necessary. Think about it this way. Without silence words become a string of unintelligible sounds and musical notes become a deafening din. Silence is the space that gives meaning to words and beauty to music. Silence is the place from which the creative voice speaks. In the beginning God broke the silence and said, “Let there be….” Life without silence? Maybe it’s just another conversation in which not much is heard or said.

So where does one start with the practice of silence? The specifics of silence will be different for each of us, dependent on our life’s circumstances. We all, however, start at the same. A saying from the Egyptian Fathers offers a simple and direct answer:

“You need a spiritual pilgrimage.
Begin by closing your mouth.”²