My first year in seminary we had a church history professor who would say the most outrageous things. He was funny. He was sarcastic. He was sometimes offensive and he was always challenging. You just never knew what to expect or what he might say next. After a particularly outrageous comment he would look at us and say, “You know I’m given to hyperbole, and if you quote me outside of class I’ll call you a liar.”

I wonder if that’s what Jesus is doing in today’s gospel (Matthew 22:1-14, Proper 23A). I wonder if he could have attached the same caveat to his parable as did my professor to all his outrageous comments. Here’s what I mean. 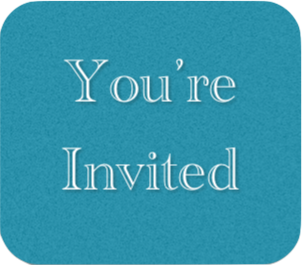 This parable of the King’s Son’s Wedding is so outrageous, so shocking, that it begs to be taken seriously not literally. It begs to be taken as truth not as historical fact. Besides, to hear this parable and conclude that God is an angry king who, if he doesn’t get his way, destroys his own people and burns their cities simply does not fit with the God revealed by Jesus Christ throughout the four gospels. If we tell that story as the gospel truth I think Jesus might call us liars.

No doubt, this is a parable of judgment, but it may not be the judgment we think it is. Speaking about the first group of guests the king says, “Those invited were not worthy.” By implication those in the second-invited group were worthy. We tend to get nervous and fearful when God begins making judgments. It leaves us wondering whether we are in the first group or the second group. Are we unworthy or are we worthy?

I suspect our nervousness and fear about God’s judgments arise from the assumption that God judges us in the same way we so often judge others. More often than not our judgments of others are judgments of exclusion. What if it’s just the opposite with God? What if Jesus is trying to shock us into seeing that the kingdom of heaven is not business as usual according to our standards? What if God’s judgment on our lives is one of grace, acceptance, and invitation; a judgment of inclusion?

If that’s true then what separates or distinguishes the first-invited guests from the second?

That’s probably not the kind of social life most of us live, offer to another, or receive from another. But the parable is talking about God’s kingdom not ours. So what is it? What’s the difference between those who were not worthy and those who were?

If we’re not doing that with others we’re probably not doing it with God. Instead, we too often go our separate ways, to our farms and businesses. We’re too busy, too tired, too distracted. There’s work to be done and money to be made. We make light of the other’s life and what is being offered. If we don’t earn it or work for it we assume it has no value. After all you get what you pay for, right? We’re convinced we have better things to do and better places to be. That’s what the first-invited group did. What they did not realize, and what we sometimes do not realize, is that there is no life outside the banquet, the kingdom.

To show up and be present is to be worthy before God. It’s that simple and it’s that difficult. We don’t earn or prove our worthiness as a prerequisite to entering the banquet. We show up, be present, and discover for ourselves the worthiness God has always known about us. That’s when our lives begin to change.

But what about the guy who showed up without a wedding robe? This is about more than just a dress code violation. Something else was missing. “He was speechless.” It was as if he wasn’t really there. Jesus is reminding us that there are times when we show up but we’re not really present. Our body is there but we’ve left the room.

So here’s what I wonder. What if this man had said something, anything? What if he had just made his presence known, not so much to the king but to himself? What if he had said,